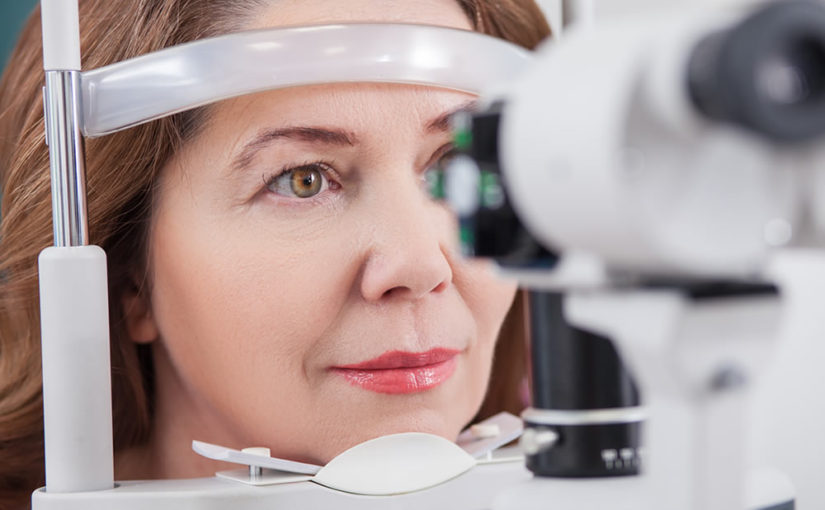 This can lead to Macular Oedema and deterioration of eyesight.

The immediate consequence of a Retinal Vein Occlusion is for blood to haemorrhage out of the vein into the retina.

Eyesight can be affected in 3 ways;

The available treatments for Macular Oedema include;

“Thank you so much for the cataract operation on my left eye- which has enabled me to enjoy vision with BOTH eyes!! The efficiency with which the procedure was dealt with from the first consultation leading to the operation itself was 100% and I am very grateful.” Mr C, Trowbridge

With CRVO conventional retinal laser has not been shown to be of benefit.

There have been several trials looking at steroids.

The SCORE trial involved having an intravitreal injection of triamcinolone steroid up to every 4 months for a year. The average number of injections needed was two. This showed that eyesight was much better in those treated than in those not treated by an average of 2 lines on the vision chart and that 25% of patients gained at least 3 lines of eyesight (compared to 7% without treatment).

The Ozurdex implant involves having an implant injected into the vitreous which slowly releases steroid into the eye (repeated after 6 months if necessary). Eyesight was improved compared to no treatment after 2 months, but this benefit was considerably reduced after 6 months when 18% of treated patients had gained 3 or more lines of eyesight compared to 12% who were not treated.

It is not known whether giving more frequent injections would give a greater benefit. However it is known that if treatment is given within the first 3 months the benefit achieved is much greater (48% of patients gain 3 lines of vision). This has now been recommended for use in the NHS.

The CRUISE trial showed that patients who had monthly injections of Lucentis after 6 months had almost 3 lines of eyesight better than those who had no treatment, and that almost 50% of patients gained at least 3 lines of vision (compared to 17% without treatment).

Trials such as LEAVO have compared different drugs and suggested that Avastin is not quite as good as Eylea and Lucentis.

There are a bewildering number of treatments now available for the treatment of Macular Oedema after Central Retinal Vein Occlusion, and the results of the different trials are confusing. It is possible to analyse the information more carefully, and comparing the trials would suggest that intravitreal injection of Anti-VEGF Agents is more successful than intravitreal steroid injection although you need more injections.

The Branch Vein Occlusion study in 1984 showed that conventional laser treatment meant that after 3 years more patients had gained at least 2 lines of eyesight with treatment (63%) than in Patients who weren’t treated (36%). Patients were left for 3 to 6 months for the haemorrhage to clear, and vision needed to be 6/12 or worse.

The SCORE trail did not show that intravitreal triamcinolone steroid was better than conventional laser.

The trials of the Ozurdex implant showed that eyesight improved quicker with treatment than without. After 6 months average eyesight was better in the treated group than the sham, but there was little difference in the number of patients gaining at least 3 lines of vision (23% treated compared to 20% with no treatment). However it is known that if treatment is given within the first 3 months the benefit achieved is much greater (48% of patients gain 3 lines of vision).

With laser treatment it is necessary to wait for 3 to 6 months to allow the haemorrhage to clear so that the laser can be applied to the underlying retina. With intravitreal injections of steroids or Anti-VEGF it is not technically necessary to wait and the studies showed that you have a better chance of visual improvement the earlier you start treatment.

My current recommendation for treatment is;

Some patients have much worse vision following a CRVO because the blood supply to the back of the eye has been severely damaged. One possible complication from this is Rubeotic Glaucoma. This is where the back of the eye releases chemicals including Vascular Endothelial Growth Factor that make blood vessels grow.

Unfortunately, these blood vessels grow in the wrong place, and they block up the sieve through which fluid drains out of the eye. This leads to a build up of pressure inside the eye and swelling of the cornea at the front. This can be very painful. This usually occurs about two to three months after the vein blockage. The usual treatment for this is laser treatment to the retina to make the blood vessels shrink away.