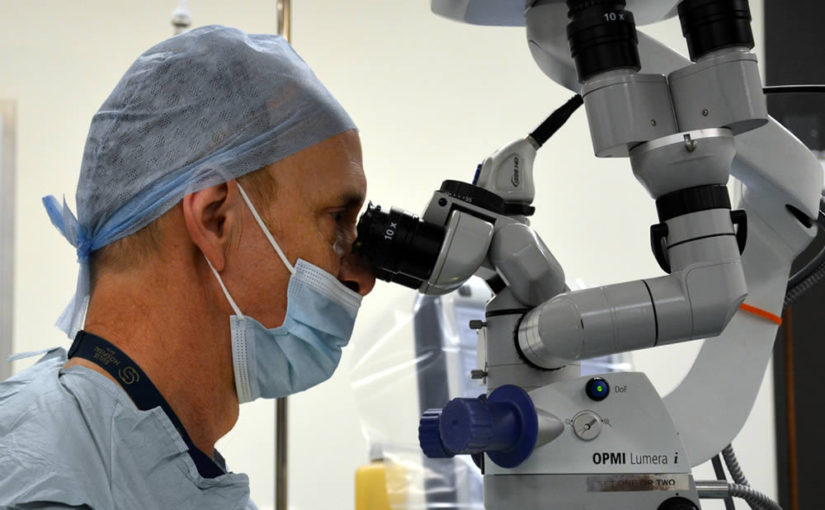 Richard Antcliff trained as a doctor at The Medical College of Saint Bartholomew’s Hospital (also known as Barts) in London, qualifying in 1989.

His eye surgery training was carried out initially at Barts and Cambridge. He then moved back to London and carried out a rotation at St Thomas’ Hospital.

He became a member of the Royal College of Ophthalmologists in 1994. He carried out a research degree at St Thomas’ Hospital into diseases of the retina under Professor John Marshall and worked with Professor Alan Bird at Moorfields Eye Hospital.

“I have no words to adequately convey my thanks for the cataract operation that you performed on me. Life changing does not come close to explaining the difference in my vision and I will be forever grateful.” Mrs B, Chippenham

He has been a Consultant Ophthalmic Surgeon at the Royal United Hospital in Bath since the year 2000. He specialises in diseases of the retina and cataract surgery.